Who doesn’t dream of seeing New York City on Christmas? The big apple has been featured in a countless number of Christmas movies and songs, starting with the most popular Home Alone 2, through classics like When Harry Met Sally.

Personally, the moment I watched Home Alone 2 I have decided that one day I will see the Christmas tree at Rockefeller Center and experience a bit of Christmas magic just like Kevin did. This New Year’s Eve I finally made it happen! And you know what? It was exactly like in the movie – snow falling on my head, music from Home Alone 2 playing in the background (Saks store plays it during its holiday display shows) and the majestic tree in front of my eyes. I was so excited that I even didn’t notice thousands of other people experiencing the same magical moment ;).

Wanna get in the spirit too? Here is what you need to do on your winter trip to New York City: Seeing Christmas Tree at RockefellerCentre was one of the reasons I went to New York City in the first place. I have visited the city twice in the summer time, but I always wanted to go there in winter. In the end, it’s the most wonderful time of the year, right? (If you sang it in your head, we could be friends forever 😉

THE Christmas tree, as I like to call it, definitely doesn’t disappoint. Sure it is crowded and cold, but just a look at that majestic tree with 45 000 LED lights compensates you all. When I was there, it just started to snow, and the music from Home Alone 2 was playing in the background (thanks to Saks store). Magical! The most classic winter activity in New York City is ice skating. While I don’t recommend ice skating at Rockefeller Centre (unless you don’t mind standing in 2h long line and paying 40$ for the entrance to the rink), I suggest Wollman Rink in Central Park. It is bigger, cheaper and more fun! The Christmas Spectacular is an annual musical show played in Radio City during Christmas time. Within 90 minutes, you will experience music, dance and singing of 140 performers, more than 1100 costumes and even live camels on stage. The show is so popular that during Christmas time, the Rockettes perform five times a day, seven days a week!

//4// Check out shop displays on the 5th Avenue For the short time of the year, store displays turn into magical wonderlands. Some shops start the preparation of Christmas displays already in January. That is almost 12 months! No wonder, they are impressive. Saks performs not only a light show with music from Home Alone 2 on its facade but also decorates all the windows with moving figures.

Walk on the 5th Avenue from Rockefeller Centre towards Central Park to see the decorated displays. One of the finest musical experiences to have in New York City is to go to gospel service. For me, it was a unique activity as before I have only seen it in the movies. Gospel is still a traditional part of Sunday mass in many churches around Harlem, and recently it became popular among tourists too. To see gospel, head over to Bethel Gospel Assembly, Abyssinian Baptist Church or First Corinthian Baptist Church, but get there early because you might be left with empty hands.

Ok, it is not such a big deal – in Harlem, there is a church on almost every corner! I was rejected in 5 churches (as there were too many ppl everywhere), but I decided not to give up, and after a short walk around the district, I finally got into one. Warning: entire service can last even up to 3 hours! Each year around 100 000 spectators attends New Year’s Eve at Times Square. Live music performances by famous musicians, tonnes of colourful confetti, fireworks and the Ball descending 43 meters in 60 sec to announce the arrival of New Year. Now a small disappointment: to participate you need to get there early in the morning and wait for about 12 hours without food, drink nor toilet. Is it worth it? I think it is an experience to have once in your life. Of course, if you are perseverant enough. 230 5th Rooftop Bar has just become one of my favourite winter bars. All because of their ultra cool igloos built for cold months. At the entrance, you receive a robe to make you feel warm. Each igloo has around ten chairs and two heaters. The coolest thing about them is that there is very low key inside and people feel obliged to talk to each other. So, not only you can drink a hot apple cider in a cosy igloo with a view of Empire State Building, but also you are making new friends! If you haven’t noticed yet, Christmas decorations are taken very seriously in America. Head over to a Brooklyn neighbourhood – Dyker Heights to witness houses flooded with Christmas lights, carols playing from the loudspeakers and all that Santa madness!

Go between dusk and 9 pm as many houses turn off the lights after 9 pm. You’ll see breathtaking light displays from 11th to 13th Avenues from 83rd to 86th St in Dyker Heights. See how impressive vs. crazy it might get!

//9// Chase the Christmas trees around the city //10// Check out the decorations in Rolf's Restaurant 80 000 lamps and countless decorations – nothing puts you so much in a Christmas spirit like the decorations at Rolf’s Restaurant. Fun fact: you can see them until April! If you visit New York City after holidays, you have chosen the best time for shopping, with sales up to 70%. Head to Macy’s for one of the biggest shoe collection in the World!

//12// Check out the famous movie locations As I mentioned at the beginning of this post, New York City has been a star of many holiday movies, to name a few: Home Alone 2, Serendipity, Miracle on 34th Street, Trading Places, Elf, Scrooge, The Family Man, and When Harry Met Sally. Watch them before coming, and not only you will feel excited seeing the same places in reality but also you will understand why there is a 2-hour line to Katz’s Deli (featured in When Harry Met Sally) or Serendipity Chocolate shop (featured in Serendipity).

According to Santacon website, Santacon is a charitable, non-commercial, non-political, nonsensical Santa Claus convention that happens once a year to spread absurdist joy. Everybody in Santa Claus costume can buy beer for half the price. 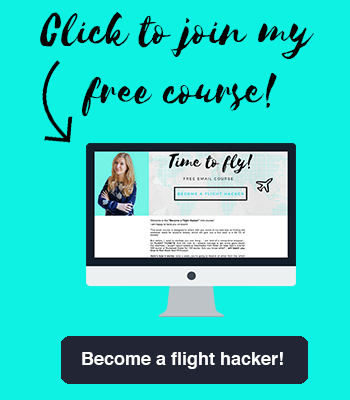