Deep in the heart of Turkey lies Cappadocia – a magical land of balloons and fairy tale rock formations. A place where each sunrise starts with a beautiful dance of hundreds of balloons floating in the rays of the sun.

Once the sun is up in the sky and the balloons are back on the ground, it is time to discover the magic of the unusual nature of this region.

Cappadocia is full of small villages, each with boutique hotels built on the rocks, cool cafeterias, and magical carpet shops. The best way to see the area is to rent a scooter or a driver for a day and create your own itinerary. Just remember not to miss this 5 amazing spots:

Göreme is probably the most famous village in whole Cappadocia. It is situated in National Park and is a part of UNESCO Heritage. Göreme Open Air Museum consists of multiple cave churches and frescoes from the 10-12th century.

Also, let’s not forget that Göreme is home to the most famous hotel on Instagram called Sultan Cave Suits where you can take pictures with a cute puppy, balloons and mouth-watering breakfast!

Uçhisar Castle, a fortification carved into a large rock, with panoramic views from the top was one of my favorite towns in Cappadocia. It is less touristy than Goreme and the rock fortification brings a certain magic to this place. While in Uchisar make sure to stay at Museum Hotel – the most beautiful boutique hotel in Turkey.

Cavusin is one of the smallest villages of Cappadocia. Few tourists make the effort to climb the hill and explore this tiny village full of amazing ruins carved into the cliffs, but those that do are rewarded with a very authentic Turkish experience.

Pigeon valley is situated between Göreme and Uçhisar and is ideal for walking, as the trek is relatively easy. The name comes from the thousands of pigeon houses that have been carved into the soft tuff since ancient times. Although they can be found throughout Cappadocia, they are especially numerous in this valley. 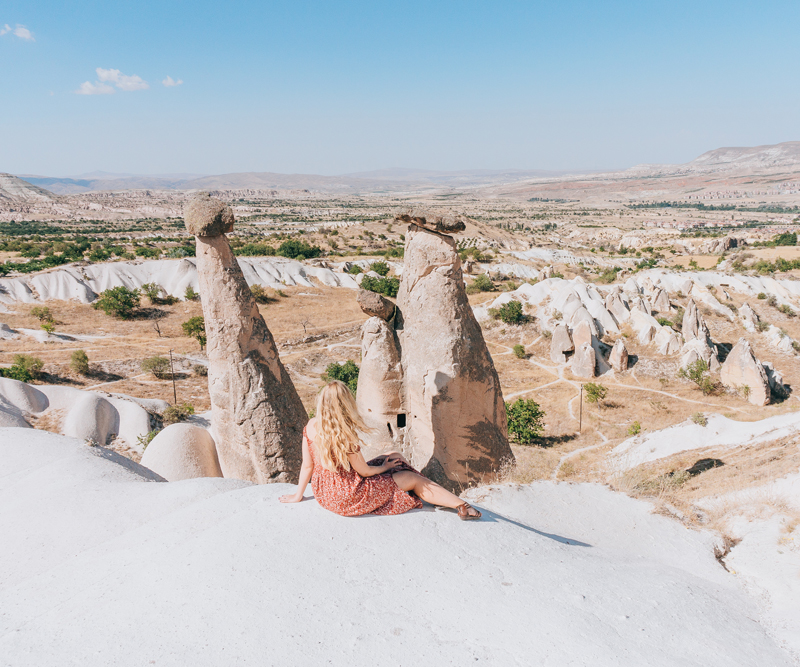 As the name itself, these cone-shaped rock formations look like taken straight from a fairytale! It is a beautiful spot to take a picture, ride a camel or simply take-in the views. 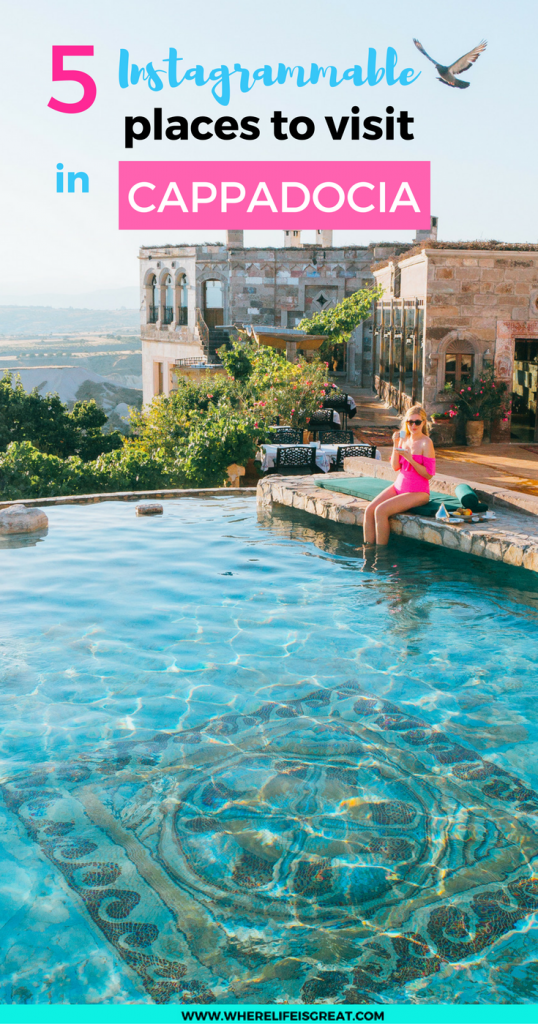 My serious dream place 🥰 Thanks Maldives for g

What can you find under the Sea in Barcelona? Than